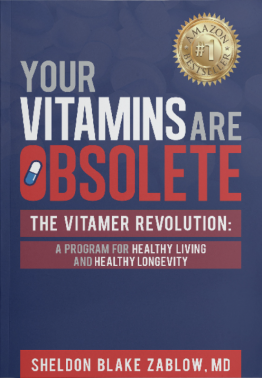 The Vitamer Revolution: A Program for Healthy Living and Healthy Longevity
By Dr. Sheldon Zablow
Published by Hybrid Global Publishing
Buy from:

In the title, “Vitamins” is short-hand for “multiple vitamin supplements” that are obsolete. Multivitamins are taken to achieve a health benefit or as inexpensive health insurance. Insurance against a possible missing nutrient in the diet that could contribute to any one of a number of illnesses.

Below are some facts I will be explored in the chapters to follow:

Here’s how a combined B12 /folate deficiency list might look if we included the “too small to be obvious” problems as well as the “large” problems. Do you or yours experience any of these?

The following are some additional little-known details that will also be explored:

In sum, there is a deficiency of vitamers in our food, our supplements, and our bodies. Switching to B12 and folate in the vitamer forms can make a significant positive change in your health. The new knowledge you will acquire can help you make better choices for yourself and your loved ones and save your dollars from just being flushed away. By the end of the book, you will fully understand the importance of vitamers and how to use them for healthy living and healthy longevity. 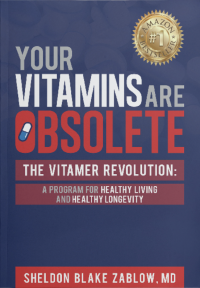